I wrestled around a good bit with Redhawk's EVP integration but ran into several issues and couldn't get it to work. For my needs I really don't need the character to do anything other than be able to drive the vehicle (e.g. the character doesn't need to look around or shoot while driving) so really all I wanted was a seamless transistion from the FPC to EVP first-person driving view.

That said, I got a lot of ideas and borrowed much from Redhawk's scripts. I recommend people watch his video and check out his scripts for ideas on how to get these things to work. 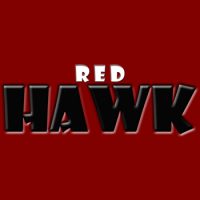 Version 1 of Third Person Controller (Ultimate Character Controller) and Edy’s Vehicle Physics Integration. As I only have the Third Person piece, I do not know how this will work with the Fi…

Ok, so my approach is, as stated, quite simplistic and involves some redundancies, but it seems to work really well. Basically I start with a standard Opsive FPC scene implementation, with the character rig, cameras, game manager, UI canvas etc all out of the Opsive box so to speak. For the car setup I copy everything from the EVP demo scene, including the camera with its Vehicle Camera Controller. I changed the mode of the VehicleCameraController to AttachTo in order to get the first person, driver's eye view. The vehicle gets a dummy driver (more on that below) and the whole idea is that when the scene starts, the EVP stuff is dormant until the ability is activated, at which time the Opsive stuff is disabled, the character is hidden and the EVP stuff, including camera, takes over. When the ability stops, the process is reversed.

At the top level of each vehicle gameobject hierarchy (i.e. the gameobject with all of the EVP components), I added this script. It's mostly responsible for sniffing the Ability End player input and animating the driver's feet. There are also placeholders for detecting the vehicle's speed and whether it is going forward or reverse and whether it's accelerating. (these hooks may already be avaible somewhere in the EVP scripts, so this might be really hacky but it works for what I needed) EDIT-- EVP's vehicle controller exposes a speed variable so that can simply be polled instead of recalculating velocity:


Code:
Per Redhawk's EVP integration, I added a game object to the vehicle hierachy with a box collider trigger component to act as the ability trigger. This also receives an Object Identifier component (from Opsive) with an arbritary ID number assignment to be used by the ability:

Again, like Redhawk I have added empty gameobjects to the the car to act as IK targets for the character rig. The targets for the hand are children of the steering wheel transform.

Here's where I diverge from Redhawk. To the car I also add a copy of my rigged character model, but without any of the Opsive stuff:

This dummy driver has its own simple animation controller (it simply goes from entry to a driving idle pose), importantly, IK pass is enabled on the base layer:

The driver also needs an EVP_Driver_Animation component that is this script:

In the scene, I've added a plane well below the main scenery. This is where the Opsive character will hang out while the car is active. Leaving the character active but out of sight may seem a bit hacky and a kludge, but it works and simplifies a lot of things. For example, the character inventory remains active and accessible. Likewise character attributes can still be accessed and modified, can auto update, and so on.

Now for the ability script. Essentially, what happens is control is swapped from Opsive input to EVP; Opsive cameras are disabled and EVP cameras enabled; Opsive character is "exiled" and dummy driver is enabled. The EVP_Vehicle_Controller is enabled which sniffs for the key to exit the ability and also positions the feet based on player input. I borrowed Redhawks' ability exit logic which prevents the driver from exiting if the door is blocked. When the ability is stopped, the process is reversed and control and rendering go back to the Opsive elements. The character is moved from its exile position to the interaction location next to the car.

That's essentially it. The Ability set up is exactly as Redhawk's integration:

Staff member
Awesome. Thank you for posting these steps!
G

@forzabo Thank you for creating this!

GearedGeek said:
@forzabo Thank you for creating this!
Click to expand...

No problem. Let me know if you have any questions.
K

is it working with the newest ucc version?